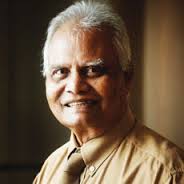 SPEAKER
Was Director-General at the Department of Wildlife and National Parks until 1992.

Council member of Save the Tiger Fund, and members of the Elephant and Tapir Specialist Group.

SYNOPSIS
The Javan Rhino (Rhinoceros sondaicus) became extinct in 1932 and more recently the Sumatran Rhinoceros followed its cousin in the last 4-5 years. About one hundred of the Sumatrans still survived in three national parks in Indonesia. Poaching is exceedingly serious. Protection is adequate by the Rhino Protection Units. A captive breeding project on this complex species, succeeded after seventeen years

The Malayan Elephant (Elephas maximus) caused massive damage to crops and a relocation project was developed. To date more than 1000 elephants have been captured and relocated. The species is doing well in several areas of Peninsula Malaysia.

The Malay Tapir (Tapirus indicus), is doing well in our forest because of a lack of interest in the species. Hunters do not hunt the tapir. Traps, falling into wells and getting killed in road accidents are some causes of mortality of the species

The Malayan Tiger (Panthera tigris) is critically endangered. It was declared a new subspecies that made the situation even more precarious. Survival of the tiger will have to depend on the forest of Peninsula Malaysia. 44% of Peninsula Malaysia is estimated to be covered by forest roughly about 20,000 sq miles in size.

The Seladang or Gaur (Bos gaurus). is endangered in Malaysia. Poaching for its meat is the main cause of mortality. The species has been bred in captivity. Reproduction is regular and there is hope for reintroduction. Interestingly the species has survived in our backyard.