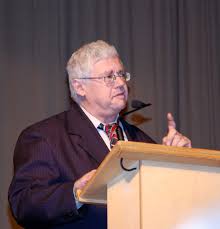 SYNOPSIS
The conservation of the natural heritage in Hungary needs a lot of effort. The Carpathian Basin forms a unique physical geographical unit in the heart of Europe. The region owns many natural resources, minerals and springs.

The Lake Balaton is one of the most beautiful lakes of Europe, which attracts millions of tourists of the World.

Under Dénes Balázs’s inspiration he had started to research for relics of Hungarian travellers and geographical explorers. He has been the director of the Hungarian Geographical Museum since 1983.
His research fields are History of Geography, History of Hungarian geographers, explorers and travellers, Karst morphology, Speleology, and Regional Geography of Asia and Africa.

He has been a member of committee of the Hungarian Geographical Society since 1983. He is a member of the public body of the Hungarian Academy of Sciences. In 1989 he carried on research work in history of science in London and Oxford. In 1991 he taught in the Korean Republic as a university lecturer. In 1993 he was awarded the Móra Ferenc Prize. In 1996 he was given honorary citizenship of Pest County. The Hungarian Speleological Society awarded him the Kadić Ottokár Medal in 2000. In 2006 he researched as a grantee of Fulbright Scholarship in the Smithsonian Institute and the Library of Congress Washington.

He has participated in and led several scientific expeditions abroad (e.g.: Hungarian Scientific Africa Expedition, 1987‒1988; Northern Ural, Russia, 1990; Gilf Kebir, Egypt, 1993). He has visited 103 countries of six continents. He has been invited to teach at various universities in Hungary and abroad. He has given lectures about Hungarian travellers of the Islamic world in Egypt, Saudi Arabia, and India. He has published 27 books and more than a four hundred studies and articles. His biographical monographies about Alexander Csoma de Kőrös and László Almásy has been published in three editions.