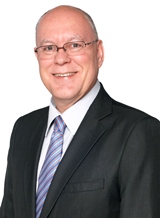 Synopsis
Professor Harding will take a long hard look at the problem of pluralism in the context of the legal system in Malaysia. In 1988 there was a significant amendment to our Federal Constitution namely, Act A704, which drew a line between our civil and syariah courts. The amendment came into effect on 10.6.88.

How do we resolve such jurisdictional conflicts ?

Can anything be learned from legal and constitutional experience elsewhere ?

Can a third party adjudicate between the two systems ?

Professor Harding has worked extensively on constitutional law in Malaysia and Thailand, and has made extensive contributions to scholarship in comparative law, and law and development, having published 12 books as author or editor. His book Law, Government and the Constitution in Malaysia (MLJ, 1996) is used as a textbook in many university courses in Malaysia. His Hart Series book The Malaysian Constitution: A Contextual Analysis (2012) is also being used as a text in university courses.