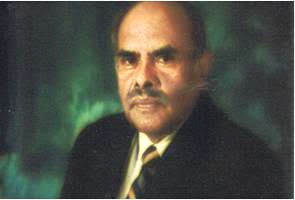 The rise of China and India – at the same time – has led to unprecedented changes and challenges to the global order.  Japan’s push to become a “natural country” has added an extra element of insecurity.  The US’s response to these developments led to a re-engagement with Asia.  However, the outcome of the on-going campaign for the US Presidency may throw up surprises.  Brexit would usher in further uncertainties.

Being used to the position of being central to the management of regional order,  Asean is facing difficulties in keeping its own house in order.  Where is ASEAN’s response?

Mr K Kesavapany is a Fellow of the Perak Academy.   He was the Director of the Institute of Southeast Asian Studies, Singapore from October 2002 until 28 February 2012.  Prior to this, he was Singapore’s High Commissioner to Malaysia from 1997 to 2002. He also served as Singapore’s Permanent Representative to the UN in Geneva and concurrently accredited as Ambassador to Italy (1991-1997) and Turkey.  He was elected as the first Chairman of the General Council of the WTO when it was established in January 1995 and a member of the Singapore Mediation Centre’s International Panel of Mediators.

Mr Kesavapany is Singapore’s Non-Resident Ambassador to the Hashemite Kingdom of Jordan.