W.K. Fletcher is an Emeritus Professor of Geochemistry from The University of British Columbia in Vancouver. He and his wife, Donna Baylis, first came to Ipoh in 1982 to work for two years at the Southeast Asia Tin Research and Development Centre (SEATRAD). Then in 2003, when he retired from UBC, they moved back to Ipoh and joined the Malaysia My Second Home Programme. Much of their time is now spent travelling and camping around SE Asia for nature and conservation photography.

Prof. Fletcher has provided this synopsis of his talk……

The Kinta Valley has more than 40 karst hills and towers aligned over roughly 50 km from Sungai Siput in the north to Gunung Tempurung in the south. These karsts, an iconic feature of the Kinta Valley, were formally acknowledged by the declaration of the Kinta Valley as a Geopark in October 2018. At the same time, karsts continue to be an important source of limestone for cement production and related industries that provide employment and revenue to Perak. Inevitably the clash between karst preservation and resource extraction provokes conflicting opinions.

Less obvious than their scenic attraction, cultural or resource values, the karsts are the repository of a complex natural history that forms the main focus of this presentation. We begin with a brief introduction to the geological origins of the Kinta limestone hundreds of millions of years ago. Then we fast-forward to the recent geological past to consider the development of the modern landscape with its karst towers rising like fortified islands from the flatlands of the Kinta Valley. These near-vertical limestone hills have many animal and plant species in common but individual hills also host hyper-endemic floras and faunas with some species being known only from a single hill. This island endemism is comparable to that found by Darwin on his visit to the Galapagos Islands in 1835. Finally we can use information from cave deposits and climate modeling to reconstruct how changes in the global climate around the Last Glacial Maxima (LGM), 20,000 years ago, changed the biodiversity of not just Perak but the whole of SE Asia. The effects of those past climatic swings hint at the severe consequences ongoing global warming might have for agriculture and plantation production in Malaysia. 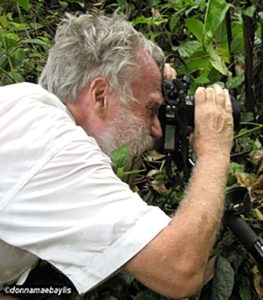 Returning to today’s problems, can we preserve the scenic, scientific and cultural values of the karst hills while at the same time profiting from resource extraction? Cement is a basic ingredient of large scale infrastructure development so banishing quarries from Kinta would simply shift the destruction elsewhere with similar losses of flora, fauna and other scientific and cultural values.

It would also result in the loss of an industry that generates employment for a skilled workforce and provides significant economic returns to Perak. Neither outcome is desirable. Fortunately there is a vast limestone resource buried beneath the disturbed flatlands of the Kinta Valley that can be quarried. It would be prudent to better define this hidden limestone resource in order to establish mining reserves that can be quarried without the need to demolish the karst hills.

Conclusions: Kinta karsts host unique, endemic floras and faunas and their cave deposits contain a geochronological record of climate and biodiversity that extends back over hundreds of thousands of years. Darwin’s brief sojourn in the Galapagos Islands together with Alfred Russel Wallace’s observations from his travels among the islands of the Malay Archipelago produced a revolution in the natural sciences. Can the islands of the Kinta Valley now advance our understanding of the links between climate change and biodiversity? My answer is “YES!” – but only if the hills are preserved and Malaysian scientists are encouraged to focus their attention here.

Note: Many of the scientific papers that this presentation is based on can be read or downloaded from this link https://drive.google.com/drive/folders/1DYpEw51Q2N9NvItY9hBSk6JFGetaOg4E?usp=sharing