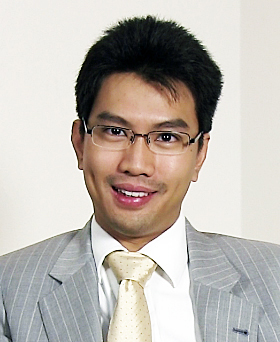 YAM Tunku Zain Al-‘Abidin ibni Tuanku Muhriz was educated at the Kuala Lumpur Alice Smith School, Marlborough College and the London School of Economics and Political Science, where he obtained his MSc in Comparative Politics in 2004. He then worked in the UK Houses of Parliament before moving to Washington DC to join the World Bank as a Public Sector Consultant.

Upon returning to Malaysia in 2008, Tunku ‘Abidin worked at the United Nations Development Programme and the KRA Group before becoming a Research Fellow at the Lee Kuan Yew School of Public Policy at the National University of Singapore.

In 2006, he co-founded the Malaysia Think Tank which evolved into the Institute for Democracy and Economic Affairs (IDEAS) in 2010. Since 2008, he has maintained a newspaper column: firstly Abiding Times in the Sun, then Roaming Beyond the Fence in the Star and Sin Chew, and now Conservatively Speaking Freely in the Malay Mail, Borneo Post and Oriental Daily. From these articles three books have been compiled, the latest being nominated for the Popular Readers’ Choice Awards.

Tunku ‘Abidin also authored a coffee table book for the Installation of the Eleventh Yang di-Pertuan Besar of Negeri Sembilan and led a major project to revitalise the State Anthem. He is a trustee of Yayasan Chow Kit, Yayasan Munarah and the Jeffrey Cheah Foundation, an independent non-executive director of two public listed companies, an advisor or patron to several educational and cultural organisations, an honorary major in the Malaysian Territorial Army and a committee member of the Squash Racquets Association of Malaysia, the LSE Alumni Society of Malaysia and the Malaysian British Society.

“Healing the Nation” suggests what constitutes “good health”, which in Tunku’s view is the vision of our founding fathers, embodied in the principles expressed in 1963, itself a culmination of the history of its component parts. Has it been a failure to cultivate a shared sense of citizenship, of which this history plays a crucial part?

The speaker believes that there are great pockets of leadership all over the country, but not quite enough. Sadly, many institutions may not be playing their role, not having the confidence they ought to have – or once did. Whose fault is this? Actors in the institutions themselves; a lack of a strong civil society?