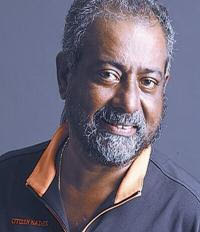 Mr Rajah Nadeswaran is a journalist by training, a lawyer by qualification and a crusader for good governance by choice. In a career spanning almost 47 years, he covered almost every aspect of news – from sports to business and from conflicts to scandal.

He has won numerous awards both Malaysian and International over the years. Nadeswaran has broken some of Malaysia’s biggest stories and pioneered investigative reporting in the 80’s when a new wave changed the face of Malaysian journalism.

His work includes several exposés of corruption and the abuse of power in government and enforcement agencies, failings in the system and exploitation of migrant workers. Working in an environment where Press freedom only exists in name, Nadeswaran has been able to tread the thin line amidst the growing resentment against the Fourth Estate by the establishment.

Besides awards for journalism, Nadeswaran has been cited for his softer side – community work. He was a recipient of the Prisons Director General Award for his involvement in pre-release programmes; He is a Paul Harris Fellow of the Rotary Club in his recognition of his efforts in empowering single mothers. He is a regular speaker at local and international conferences and has talks on many corruption, governance and journalism. He retired from active journalism in December 2016. 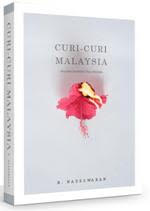 Award-winning investigative journalist R. Nadeswaran reveals how he exposed weaknesses and abuse in the system in this explosive book. Leaving no stone unturned in pursuit of the truth, he describes his skirmishes with officialdom; his trials and tribulations with spin doctors; and his confrontation with civil servants. In his own no-holds-barred writing style, he explains his role as a watchdog of and for the people. He spent 17 years in the Sun which published his twice-weekly columns since 2004 until his retirement recently. Although the chapters relate to the many stories he had exposed, they also contains hitherto unpublished material including letters and exchange of electronic mail.